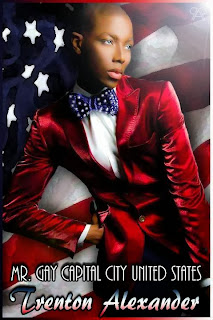 I am always so gracious when I meet good people and great talents. Trenton Alexander is one of the DMV's premiere male performers and has stopped past to give us a great interview. 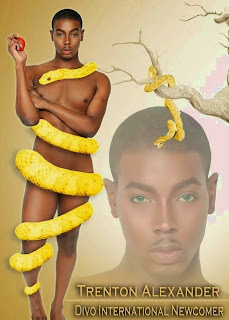 Who is Trenton Alexander? That's a tough one there are so many things that's make me who and what I am. Trenton is a rebel , a art nerd  and activist. I Tend to stand up for things and people that most wont, I'm not afraid to speak my mind or stand strong with in myself.....It took me a  while to get here but I'm glad I'm here.
What is your coming out story? lol wow I was sixteen very very much in the closet in a relationship with a female you know that whole story . My best friend at the time decides he wants to come out .... at football practice of all places...way to much queer as folk right. Some my mom caught wind of the "Big News" and made some really offensive comments. So one morning on the way to school,  after sitting and listening to this ignorance the whole way, I was over it so I turned to my mom and Said "well if you have a problem with him you have a problem with me " and got out the car. I came home to empty house and my mom was gone .I called ,I paged her no answer. I called all of her friend no one knew where she was. so for three months I was on my own, luckily I was book/street smart she came back like nothing happened... for the next year I woke up to "the devil is trying to take your soul" lol riiiight .I grew tough skin really fast.


How do you think that the events of your childhood contributed to who you are now?
The events that have occurred in my life as a boy have made me tough, made me insecure, guarded, and extremely motivated but all in all they have mad me a stronger man. 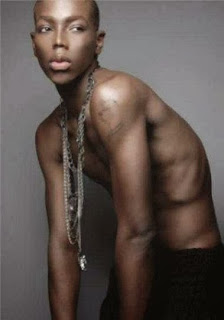 Do you have any regrets about coming out the way you did?NOPE I wouldn't change a thing about it.


When did you get into the world of performing?
It was about two years ago when a friend asked me would I consider it. I did some research via youtube and  I ran across a few clips of David Freklz Hunter and Monte St. James and said yes this is what I want to do sign me up now.


Who was your biggest influence?
My biggest influence would have to be "Gramz" Tony Nelson he has always allowed me to be me .If I said I want to  pop out the roof as Spiderman and perform Rick James's "Mary Jane" he would say son get your life lol . He is my Biggest influence and support.

What inspires your many different looks?


My A.D.D, (lol), no there is nothing in particular. I have a very vivid imagination and constantly push myself to come up with new and fresh ideas.


What would you say was your favorite costume to where? It would have to have been The Riddler .That performance was so freeing it was all that I live for creativity,drama and paint lol. 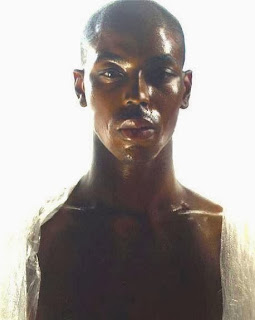 How many titles have you held and which one is the most memorable?
Its been three so far. The most memorable would have to be Black National Prince. TBJ ( Teresa Beavers Jackson) took a chance on me and I am  so grateful for that she helped mold Trenton into a self driven go getter.

What has been your favorite title to hold?


My current Mr.Gay Capital City United States title has to be my favorite its a huge stepping stone for me. I fill like 2014 is my year 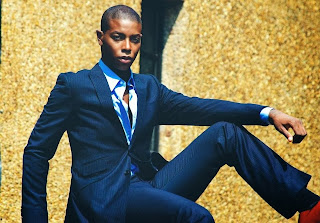 Who would you say has been your biggest competition?

What are some titles that you haven't competed for that you look forward to?


Mr. EOY  (Entertainer of the Year) is my dream ...isn't it every entertainers. Just the level of talent and skill it takes to win and hold the title alone. For me its a stamp that says i'm here.


With national bullying day just passing, How do you feel about all the Transgender violence in the past few years?
I thinks its crazy for people to have to live in fear for living there truth. I feel like it's 1890 all over again. People of color, transgender people, and gender non-conforming people continued to experience higher rates of homicide in 2012. LGBT people of color represented 53% of total reported survivors and victims of all hate crimes, but 73.1% of homicide victims. Black and African-American people were particularly overrepresented in the homicide rates: over half of reported hate murders had Black or African-American victims, even though Black and African American people made up only 15% of total survivors and victims of hate crimes overall. This is truly disturbing. 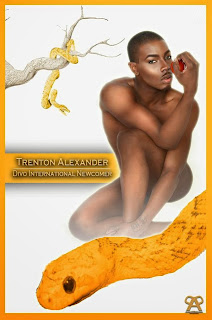 What is a rare talent you have that not many people know about?
I'm a champion moose caller. lol


What does the future Hold for Mr. Trenton Alexander?
*Grabs fake crystal  ball  lol idk lol . There are a few major project that are in the works. Sit back watch and follow me on instagram  @ieatmodels .....2014 will be amazing


Do you have any last words for your fans and my viewers?
Thank you guys for all of your support its truly means the world to me. Stay true to yourself and love who you are its okay to be different. We all are!
at 7:57 PM