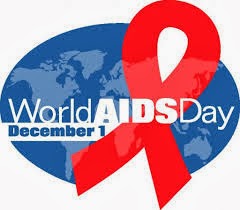 Today marks the 26th year with the fight against aids. AIDS has killed more than 25 million people between 1981 and 2007,and an estimated 33.2 million people worldwide live with HIV as of 2007,[making it one of the most destructive epidemics in recorded history. Despite recent, improved access to antiretroviral treatment and care in many regions of the world, the AIDS epidemic claimed an estimated 2 million lives in 2007, of which about 270,000 were children.
Lets not let our people die according to negligence. Lets continue to fight to keep the lives of so many individuals safe.
at 3:27 PM