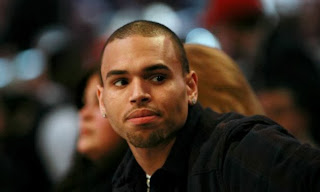 Just as Chris Brown is getting his life on track through rehab and anger management, he hits a snag on his road to recovery. Brown’s probation was revoked in the Rihanna assault case due to a fight he was involved in in Washington D.C

Breezy was in the Los Angeles court room for a progress report hearing. Due to the fact assault charges were filed against Brown in D.C., the judge felt the filing of the charges proved Chris Brown hadn’t been obeying all of the laws, which was a condition of his probation. Breezy wasn’t remanded into custody because the judge was impressed with the strides he’s been making in rehab. A hearing is set for February and that’s when the judge will decide if Chris Brown should be sentenced to prison or not.

For the time being, Brown was ordered not to use any medical marijuana. According to his progress reports, Breezy has been taken off of the medical marijuana and has been given new psychotropic medicine which has helped him “regulate his emotions” a lot better than in the past. Brown also participates in weekly boot camp and recently completed a 12-hour ropes course that was meant to strengthen team-building skills and trust.

Email ThisBlogThis!Share to TwitterShare to FacebookShare to Pinterest
Labels: Celebrity Gossip, Chris Brown, In the Community, In The News, top stories