Is Beyonce Album to Explicit 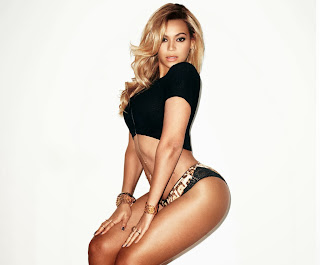 Although Beyonce‘s new self-titled visual album sold over 80,000 units in less than three hours, now thousands of critics and fans say that Bey’s new album is way too sexual and explicit. It’s just not the Bey that we’re used too! Drugs, liquor, sex and bitches??? What happened to Irreplaceable Bey?? Besides the fact that this woman broke barriers with this “full time jack move,” will the critics’ negativity overwhelm the positive accomplishments of this album?  I mean another woman licking Beyonce’s boob may be shocking, but hey.

Here’s what some critics and fans had to say:
“This is such a shame to see because Beyonce didn’t get to where she is by jumping on the same bandwagon as Rihanna and people like that who we expect to be explicit and controversial. She was the one we always thought we could count on to set a good example and keep producing music with powerful messages that empowered women and girls. And I would have thought that a star of her magnitude wouldn’t need to do something like this. She has sold out and it’s really sad. Like it or not Beyonce is a role model and she needs to take responsibility for that. Especially as a mother herself, it’s very surprising that she would do this.”

“Jeez! Beyonce has left me flabbergasted. Like I never expected her to be this explicit.”
“The fact Blue Ivy has parts on Beyonce’s new album might be the most disgusting thing I’ve ever heard. Way to exploit your baby for money.” A third added: “Shame on you Beyonce.”
at 1:08 PM