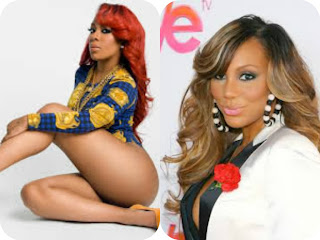 K. Michelle and Tamar Braxton are no strangers to feuding. There feud begun a few months ago in anticipation of both of their albums coming out.

Well last night in what she called her last attempt to fix there ongoing battle, K. Michelle tweeted Braxton saying, ""I'll try this 1mo time. Congrats @tamarbraxtonher We both been through hell fighting 4a dream. Let's cut the shit and inspire".

So Could this be the end to one of the most popular celebrity twitter beefs? Well we hope so and hopefully this will bridge gaps between many artist.
at 2:56 PM