Tamar Braxton Fans Upset but Why? 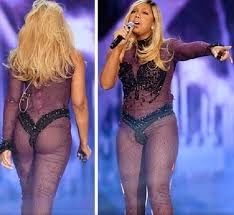 Tamar Braxton has been receiving a lot of flack on and off of twitter for her Soul Train Awards outfit but many people are questioning why.

Those who have been following Braxton and have been to her concerts have seen this outfit plenty of times. Braxton has been on tour since October with Grammy award winning Singer/Songwriter John Legend. When the tour hit the United States Braxton revealed this outfit.

So the question remains why are Braxton fans, supporters and haters mad about the outfit?