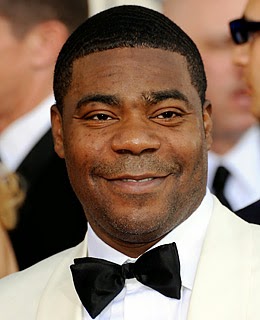 Tracy Morgan remains in critical condition but appeared to show signs of improvement after a car wreck on Saturday that killed another passenger, the comedian's publicist said.


"He has been more responsive today, which is an incredibly encouraging sign," Lewis Kay said.
Morgan's limo van was hit by a tractor-trailer on the New Jersey Turnpike at about 1 a.m. Saturday, according to Sgt. Gregory Williams of New Jersey State Police.
Morgan suffered several injuries, including broken ribs, a broken nose, a broken leg and a broken femur. He underwent surgery on his leg on Sunday, Kay said, noting any road to recovery would be a long one.
"We expect him to remain in the hospital for several weeks," he said
at 5:21 PM