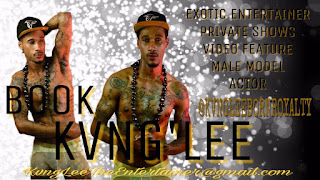 I always love when I come across Talented individuals whom are about there business and continue to entertain and better themselves. Well Kvng Lee is no exception.. Take a look at what he had to say. 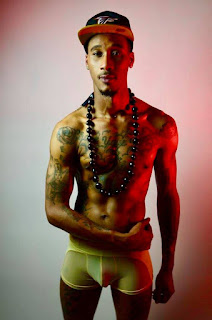 Who is Kvng Lee?
Growing Up I Developed a Since Of Adulthood at a Young Age. I Was Raised by My Mother & Grandmother All Throughout My Childhood. Being A Man Raised By Women You are expected To Be That rock When u get Older. That Strength The Family Needs. At The Age Of TEN I Got My First Job Working at a Barbershop. Of Couse I Was still in School and I was also A Athlete. Football, Swimming, Track. I Was Motivated To Be The Man I Knew I Could Be. So Being that young and learning what I was learning in everyday life I felt I was ahead of my time.

At the Age of 16 I Went to My First Club and I Seen Exotic Entertainers for The First time. I was Fascinated by what I saw. The money hey where making the way that people stopped and stared and just the talent I saw. From that point, I knew I could be doing more and making more money. I mean why Be in the audience When U Can Be on the stage.

What made you choose that name?

Back In 2015 I Lost somebody special to me. My bestfriend and my lover. This was a hard time for me but it also helps me transition from the 16,17,18-year-old I was into the man I had been into the man I was becoming. The name KVNG (pronounced Ki-NG) was something I came up with during this transition. KVNG Can be Concentered as an alter ego the person I become when I start dancing, at an appearance or just out in general. He Is My Confidence, strength and the face of the company. The Second Part of My Name Is My Real name. So KVNG LEE.

What inspired you to get into exotic dancing?

I Got into dancing because when I was 16 I went with my close friend to watch him work one night. So, as I was in the club people where coming up to me asking if I was a dancer and complimenting me. Later, I the night the club promoter asked me if I wanted to be a dancer. At first I was man nerves but when I see the money my friend had made I was like “I’m in”. I Seen it as a beginning to a bigger picture. 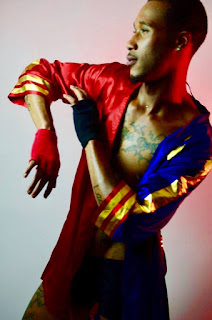 Who would you say was your biggest inspiration and why?
Being in the dancer World I’ve seen so many great entertainers. However, There Are Two Entertainers that I must give props to. The first one would be mustang. He has been around since I first started dancing and showing me how to be a better entertainer. I’ve learned so much from him through the years.


The second Entertainer and the one who I must give the credit to is Walter Burch (ArQuez). I Met his in 2013 and from that point he has been like a mentor to me. He personally took the time to help me workout and prefect my shows, appearance and over all mentality. On top of that he was running his own corporation, clothing line and still performing, hosting and modeling himself. To see his growth from an entertainer to a CEO truly inspired me to grow as well. So, I thank both for there influences and the lessons they taught me and are still teaching me along the way.

What goes thru your mind when your dancing?

When I’m dancing I feel like I’m in another world? When I’m coming from the back and heading to the stage and I hear my music playing I just close my eyes and go into a whole nothing world. When I open my eyes, it’s like I’m in a music video or at a concert. However, its crazy because I be so in the zone and wrapped up in the music that I dint even notice my tips until I’m done. It’s like I’m in a trance.

Do you feel like there is a lot of competition in the dance screen in Atlanta?

When it comes to dancing, I’ve learned that everybody has different talents and methods. Personally, I don’t compete or compare to other dancers. You have entertainers and you have steppers I consider myself as an entertainer and there isn’t any of those left in Atlanta. 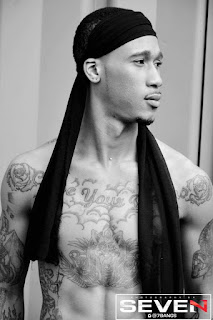 Most exotic dancers dance to provide different fantasies to their audiences.  What is the fantasy that you provide?

Me Being an exotic dancer I Try my best to be appealing to all audiences. I put time into my appearance and into my performances. From my music, outfits and stunts, and even down the cologne I’m wearing. my My goal is to leave everybody In the room in shock.

As an exotic dancer your focus is to provide a fantasy but do  you feel that sometimes your audience wants more than that fantasy?

I Can’t Lie Being In this field if I have and to have grown physically and mentally I’ve realized two things. one is some people do just enjoy the fantasy and get a thrill off the thought of being with me. Then you have the ones why really really want to be with me. Both are really flattering and I feel like it shows that I’m doing my job correctly.

Do you think you will get into acting and more modeling?

I’m currently working on a few different business adventures. My modeling is picking up and I recently did a fashion show for Layton’s boutique. Then as far as acting I have received info about a few different casting calls and rolls so my future is most definitely looking bright. 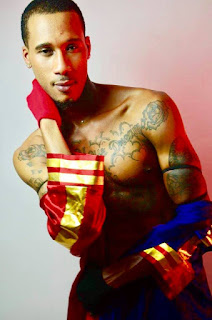 What's one fact about you many people don’t know?


This is kind of corny but I’m a hopeless romantic. I believe that my lover is my better half she’s my queen. I do little sweet shit such as bringing home flowers, picnics, surprise gifts. My Lover is My Back Bone and motivation. The Heart of My Family. Nonetheless right now I’m single and maybe one day I’ll have my queen until then “baby I’m waiting on you”.

What's your favorite song to dance to? Why?

Honestly My Favorite song to dance to right now is. The way by kalanin. The way the beat drops and the lyrics are just perfect. The flow of the song isn’t too fast or two slow am chance the rapper verse was fire. Together I count have asked for a better combination of artist.

Who is your number one competition?
I don’t Believe in competition. You must have the mindset that you the best to be the best. Only Competition is in the mirror. I’d never be in the club looking at somebody else like “damn brush let me out do him”. I’m already paid for coming.

What would you be doing if you weren't dancing?

When I started dancing it was because one it was new and because I see away to bring in income. At the time my original goal was to go to college and run track for GSU (Grambling state University). I would be in college finishing up my last year right now and heading towards getting my bachelor’s.  the after that no telling. However, things happen for a reason. I feel like I’m exactly where I’m supposed to be. 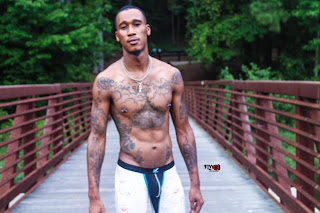 Any last words for your fans?

One Thing that I would like to tell everybody who watches me and looks up to me I would say never stop working for what u want. Anything I work for can’t be taken from you. Never give anybody the power to say, “I Did This or I did That”. You are your greatest opponent
at 8:09 PM