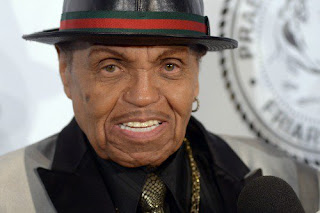 Known for being the strict intolerant parent of Michael Jackson and the Jackson 5, Joseph Jackson dead after battling multiple illnesses. He died in a Las Vegas Hospital surrounded by loved ones, Sources say.

Janet Jackson had this to say: "My mother nourished me with the most extravagant love imaginable," she said. "My father, my incredible father drove me to be the best I can. My siblings set an incredibly high standard, a high bar for artistic excellence."

No word has been given on official cause of death or if funeral arrangements have been set since the decline in health but we will be sure to keep you posted.
at 5:55 PM