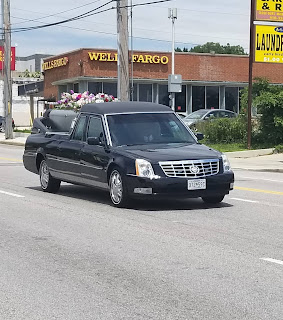 A sea of motorcyclist, followed by a police escort and then the hearse that carried the body of 7yr old Taylor Hayes of Southwest Baltimore 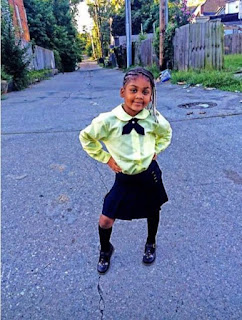 Hayes became another statistic on July 19. 2 weeks after being shot in the backseat of a vehicle. Taylor was riding in the backseat of the vehicle owned by Darnell Holmes on July 5th when she was struck in the back by a bullet. She spent 2 weeks in the hospital where she constantly fought for her life but was subdued to her injuries. Holmes  who was later arrested on 6 counts of both gun and drug charges but officers are still unclear what connection if any there was to Taylors murder.


Thousands of mourners and spectators showed up to the Empowerment Temple, in Northwest Baltimore to say their final goodbyes to a life taken way to young. One spectator had this to say, "I have never been to a childs funeral, It just hurt my heart to see that the people of this city don't have enough heart for the children that are in this city."

Now the question raises, Where do we go from here? In a city where crime is relevant and herts are being broken by these crimes how do we move forward to present these types of things from happening again. Where are the marches planned for unarmed 7yr Taylor who was not committing a crime yet sitting in the backseat of a car. Where are the movements from the Black Lives Matter campaigns to take guns off our streets and to keep our children safe. We must not let Taylor's Death go unheard of, unnoticed, or feel like her memory should die. If you or someone you know have more information or could possibly lead police to an arrest in this case please   can text tips to 443-902-4824 or call homicide detectives at 410-396-2100.
at 5:45 PM